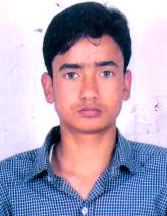 Ashish works as a computer operator in the Indian Army. He loves his job there and loves the whole atmosphere of extreme discipline, the most. He is doing very well for himself and is highly appreciated for his sincerity and smart work. While he got all this with his efforts and hard work, he feels he just got lucky.

Ashish does not have any siblings. Both his parents work for private firms. Ashish’s parents had decided not to have any more children so that they could provide the best for their only child with their small incomes. And they did, give him the best in their capacities. He went to a decent school and completed his 12th grade from there. He, however, did not have very good results. And therefore, could not get an admission in the government college for his undergraduate degree.

With a limited family income, he obviously could not go to a private college. He found out about the options of studying from open universities, but that too turned out to be expensive propositions for them. Ashish was heartbroken. And ashamed. He had never imagined that his academics would come to a standstill, like this. Quite upset and unsettled he decided on taking up a job. But found disappointment here too. A couple of months passed by and Ashish still couldn't figure, what he should do next.

He then found out about the courses offered at an IGCSM centre nearby, and found a ray of hope. He completed an advanced diploma in hardware networking soon after, and applied for his current job. He has been working here for eight months now and is very happy.

He is happy being able to contribute to his family’s income. He now wants to finish his graduation from an open university.