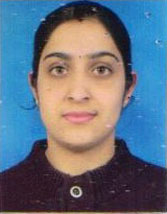 Prerana’s life was as ordinary as it could have been for a girl in her town. She went to school. Finished her 12th grade. And then expected to stay at home to be made ready for marriage. But all this while, little did her family know, that she was anything but an ordinary girl.

Her mother recollects that even as a little girl Prerana, would not give in easily to anything she did not like. She would question if she did not agree with something. And would not give up till satisfied. She was tagged as the difficult one among her siblings.

So when she was asked to stay home after completing her 12th grade, she refused. She couldn't understand why, because her elder brother continued studying. She had to resist a lot before her parents agreed to send her for a short diploma course. And just as she completed it, she was married off. As time passed, Prerana realised that marriage was a different ballgame altogether. Prerana wanted to work, but was not allowed to because she would have to interact with other men, at work. Her resistance hardly made any difference. Her husband agreed to her viewpoints but gave in to his family’s pressures.

Prerana, slowly started giving in. Something that was not natural to her. She felt suffocated as she silently accepted whatever was hurled her. Her dejection also affected her relationship with her husband. At just 24, Prerana felt like her life had ended and that she would never be happy again.

But her happiness returned. Her husband brought her news that there was an IGCSM centre where they could take nursery teacher training. Prerana didn't waste any more time and enrolled for the course. This training course included nursery teacher curriculum, basic computer education and spoken english skills. After the training, she found a job as a teacher in a learning institute in the town and started earning a salary of Rs. 10,000/-.

She loves her job. She also helps her husband in his business. She has also learnt to work things around with her conservative parent-in-laws. Her own parents are very proud of her and have a hearty laugh at Prerana’s childhood memories. Now they know that she had always been an extraordinary girl.